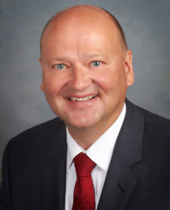 Juergen grew up in the city of Freiburg in south-western Germany. He attended high school in Germany and Switzerland (Leysin American School). After high school, he moved to the United States for college.  He mastered in International Studies at Whittier College in California.

During his college years, he spent the summers at Schiller International University in Germany, the American University in Paris, France and working for the Carl Schurz Haus (German-American Institute) in Freiburg where he was researching German-American high school exchange programs. In addition, he spent the fall semester of his Junior Year at the University of Copenhagen, Denmark (with a study trip to what was then the Soviet Union).

Juergen went to graduate school in Boston where he attended the Fletcher School of Law and Diplomacy (Tufts/Harvard), graduating with a Master of Arts in Law and Diplomacy. He spent the summers working at the United Nations in Geneva and New York. Moving to New York, he held his first “real” job at GreyCom International, the international public relations agency of Grey Advertising, working on numerous international accounts and spending half a year in Duesseldorf, Germany.

After eight years in international public relations, Juergen moved to the client side by joining George Soros’ Open Society Foundation.  He worked first on public relations for the Soros foundations in Eastern and Central Europe and later on switched to the Internet Program.

He moved to Chicago, where was engaged in the corporate fundraising effort of the Chicago Council on Foreign Relations and later on organized conferences for the German-American Chamber of Commerce.

After spending over six years in Chicago, New York was calling him back.  In New York, he served at the Director of Development for the Leo Baeck Institute (for the study of the history and culture of German-speaking Jewry).

Over ten years ago, Juergen joined the real estate world in New York (Westchester) and Connecticut.  He serves his mostly international clients from offices in Scarsdale, NY and Greenwich, CT.

He is a certified EcoBroker ®, the primary green destination for real estate professionals. He is also Co-Chair of the International Committee of the Greenwich Association of REALTORS ®.